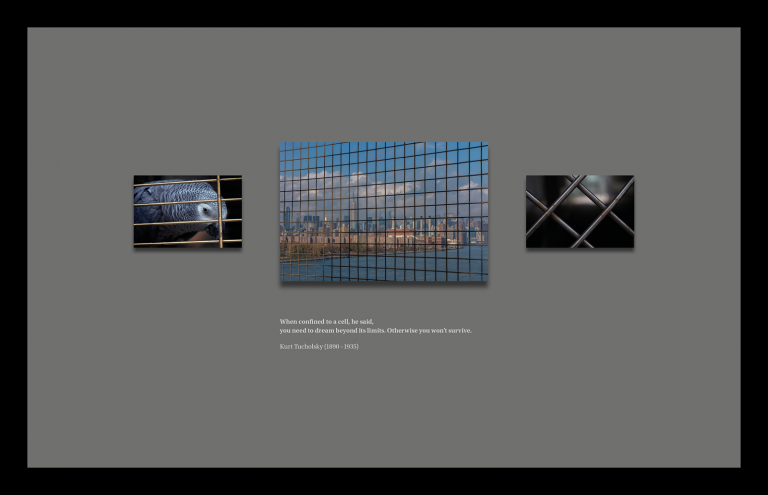 When confined to a cell, he said, you need to dream beyond its limits. Otherwise you won’t survive. Kurt Tucholsky (1890 – 1935) 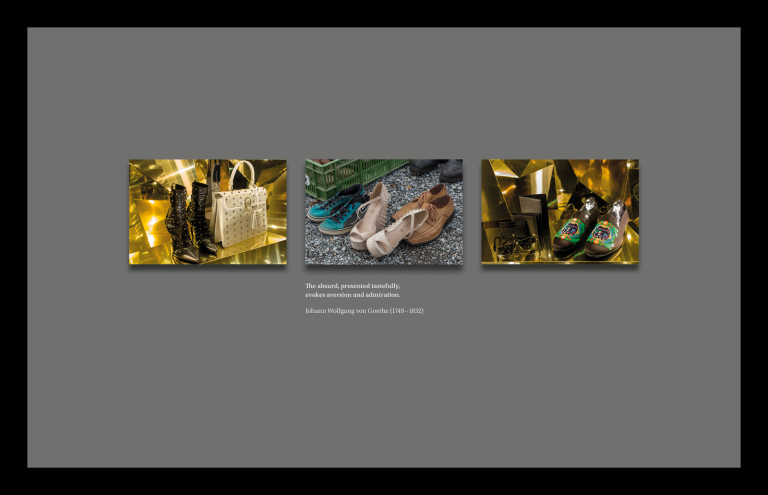 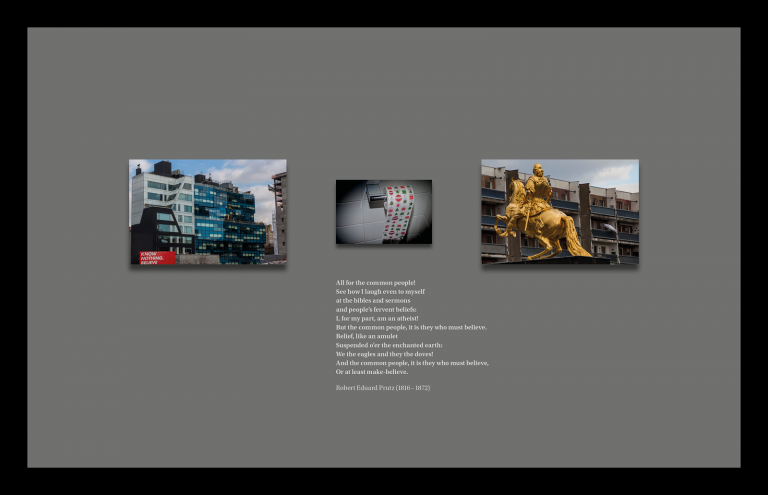 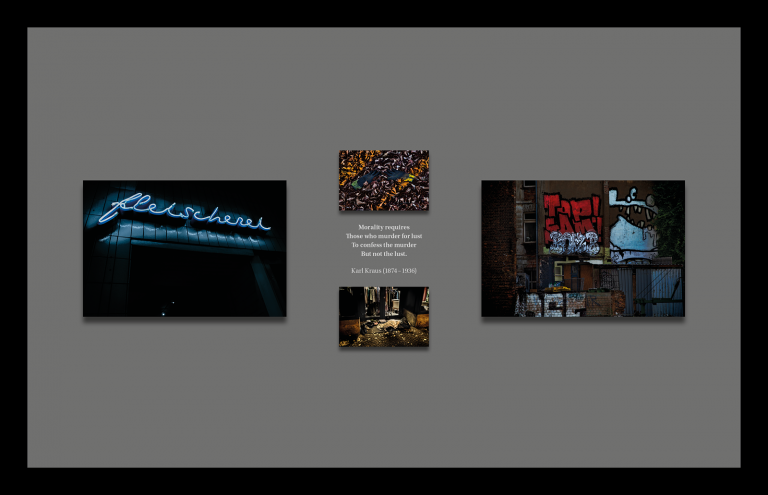 Morality requires Those who murder for lust To confess the murder But not the lust. Karl Kraus (1874 – 1936) 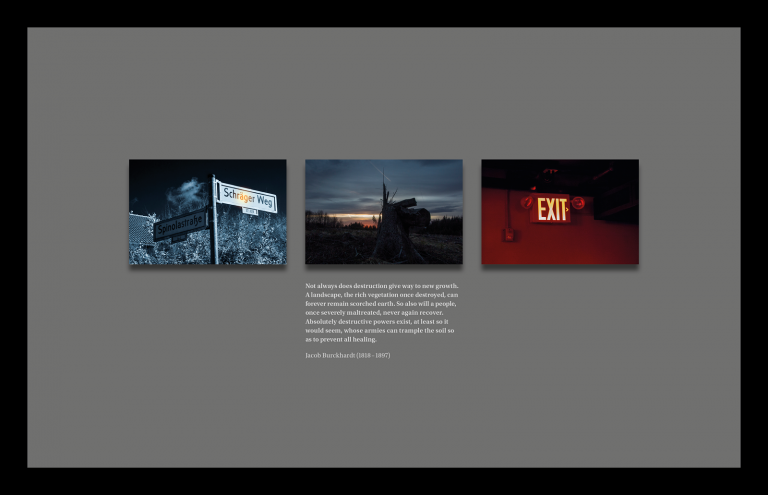 Not always does destruction give way to new growth. A landscape, the rich vegetation once destroyed, can forever remain scorched earth. So also will a people, once severely maltreated, never again recover. Absolutely destructive powers exist, at least so it would seem, whose armies can trample the soil so as to prevent all healing. Jacob Burckhardt (1818 – 1897) 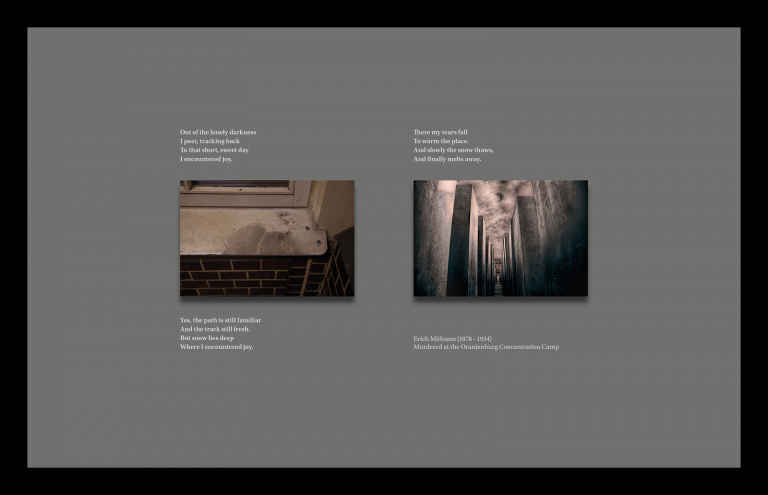 Out of the lonely darkness I peer, tracking back To that short, sweet day I encountered joy. Yes, the path is still familiar And the track still fresh. But snow lies deep Where I encountered joy. There my tears fall To warm the place. And slowly the snow thaws, And finally melts away. Erich Mühsam (1878 – 1934) Murdered at the Oranienburg Concentration Camp 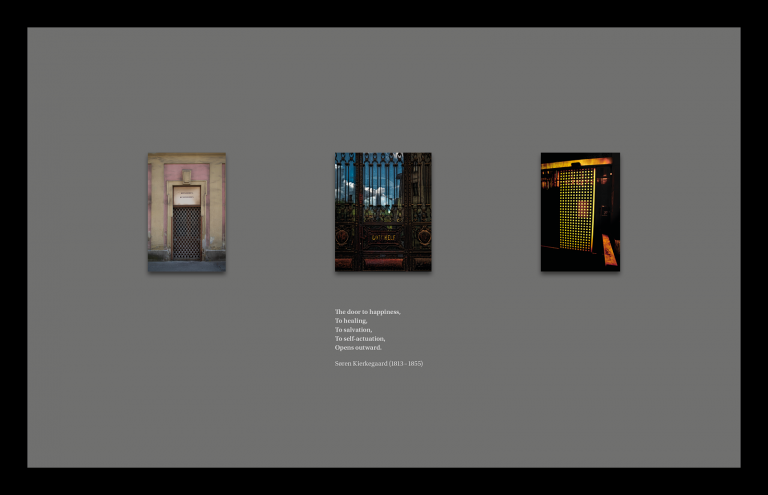 The door to happiness, To healing, To salvation, To self-actuation, Opens outward. Søren Kierkegaard (1813 – 1855) 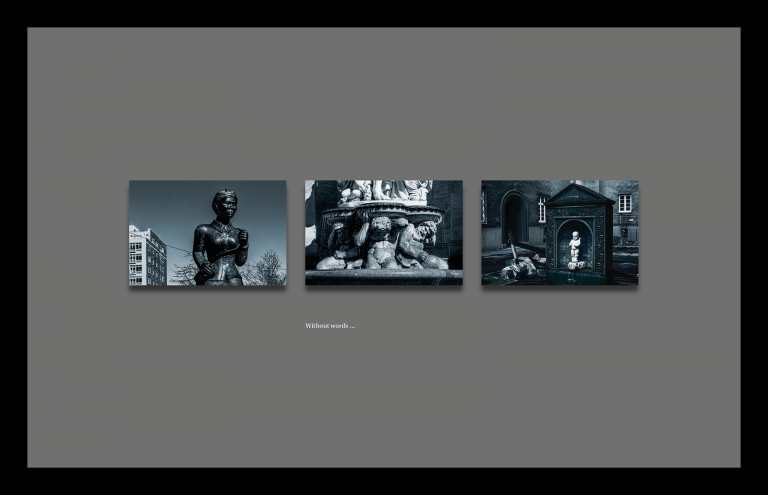 Poetography, is an artificial term derived from the combination of poetry and photography. The term resulted from deeply engaging with the philosophical thought of Vilém Flusser. The terms translation and back translation play a central role in Flusser’s media theory. Drawing on this concept, I have endeavoured to “back-translate” a series of images. These I have matched with texts found on the internet. This results in a higher level that gives way to a space for reflexion of a kind that is anything but binding.

Not always does a text enable more room for interpretation, it can also have a limiting effect. On the one hand, texts can lead the reader’s thoughts in one direction, but can also evoke thoughts the reader would not otherwise have had. Texts can of course also be used to intentionally allude to contradictions or posit riddles or lead the reader in the wrong direction. Here the question obviously remains open as to whether in this context there is even anything such as right or wrong. Accepting this with humour puts you at a clear advantage, and if a process of reflection is triggered that ultimately leads to greater doubt and less certainty, then you are moving in the right direction.